Energy Saving – The Consultant and the Client Point of View 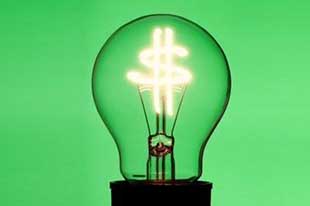 We often hear consultants and Energy-Saving Companies (ESCOS) talk to their clients about propositions for replacing components, doing retrofits, installing energy management systems, and other related ideas. While these propositions can indeed help reduce energy consumption, and probably represent the bulk of energy savings that a company could attain, we need to keep in mind the reality for the vast majority of the companies that are seeking to save energy, “Budgets are limited.”

Consultants, such as energy experts, will be happy to do energy audits and come up with long lists of equipment to retrofit, and items to install to make a building more efficient. In some cases, they will also help in finding grants to reduce the payback period.

While this is all good, it still does not change the situation companies have versus their budgets. If you are a company, which uses real estate for your operations, anything that can help you reduce costs is generally welcome, unless it involves the need to shell out money in order to get the reduction. When you get in that situation, you have to go down a different path, one where you have to do business cases, run financials, have your project compete with other investment within the business unit (and sometime within the entire company). Finally, you need to make sure that any energy savings you get will benefit your company, not someone else’s.

The Consultant’s Point of View

For consultants, a building is a building, so if they do an audit and find interesting potential for energy savings, from their point of view there should be no reason why the building owner, manager or user should not complete all the items on the list. After all, if they find 10 good energy-saving ideas with interesting paybacks, why would their client not want to go ahead and do all the recommendations?

The Reality that Companies Live With

If a building owner has all his tenants on a triple net lease and has a history of keeping the buildings only a few years and then flipping them for a profit, chances are there is little incentive for that building owner to do energy saving projects with anything but short paybacks. That is only if he or she can recharge the cost of the project (plus interest) to the tenants. However, if the same building is owned by a company, which uses the building for its own operations and plans on remaining in that building for many years, then the picture is very different. Getting to know who would benefit from the energy savings is an important element and should be one of the first thing to keep in mind.

Let us assume the client is the one that will benefit from the energy savings. It is important for the consultant to put himself/herself in the client’s shoes. If the recommendations for saving energy require significant investment, then the client will need to get the recommendations approved. While this may seem easy from the outside, from the inside each company is different. There could be dozens of reasons not to finance an energy saving project, even if it comes with a great payback. For example, upper management may not have energy saving on its radar yet, it might not even be aware that it has a problem or that there is a good potential. While this is less common, there are still a large number of companies for which saving energy is not a priority.

For many companies, the people that want to get their energy saving projects approved need to first start by creating awareness. In addition, this takes time (months and even years in some cases).

Once awareness is created, it is not something to be turned on and off like a switch. Executive management may agree in principle that saving energy is important, they may even agree of the need for helping the environment, but they may also dictate that any energy saving project needs to either come at no cost or be able to pay for itself within the same budget year. In that case, if a project is presented on month six or a fiscal year, there is no way that the client will start to do the project until a few months have passed. This is because the chances of having time to do the project and get back the cost of the project from the energy savings within the six months remaining on the budget are low. Therefore, timing is also an important element to consider.

For example, let us say that someone presents to executive management, an energy saving project that costs $1 million, and has a payback or three years. If another department, say operations, presents a project for purchasing a new production equipment, which also happens to cost $1 million and also happens to have a three year payback, guess which project will be approved first, if funds are limited in the company?

The reason for this is the status quo, and it is one of the most important and most neglected forces. In the case of these two competing projects, if nothing is done for the energy saving project (status quo), then the downside is that the company continues to pay for energy as usual. This is a known element; the cost of energy is known, and is already factored into the company numbers. On the other hand, the status quo of the project calling for the purchase of a production equipment is not necessary known.

For example, the company might lose an important contract (to competition) if it does not keep up to speed and does not acquire the new equipment (unknown loss of business). The company might need the equipment for a new client, which could give lots of new business (unknown opportunity). In addition, the new equipment could be to replace an existing one that is arriving at its end of life and if it stopped, may jeopardize the entire production line (unknown cost). All these unknown weight heavier in the balance than the unknown of not doing an energy saving project. Therefore, it is not surprising that when in competition with other projects, the energy saving projects often loose. Not doing them carries very little unknowns, but doing them actually carries some unknowns (Will the savings be met? Will the project cost what it is estimated to cost?).

From awareness to company engagement

For companies, getting to awareness to full commitment from management will require time and patience. If your company is at the awareness stage, start by getting small wins in the low fruit aisle. Find energy savings, which do not require either a consultant or investment. Behavior savings is often the cheapest form and can produce interesting results, which can then be promoted internally in order for upper management to become more aware of the potential in saving energy. Then once all low hanging fruit are found, you can start by looking for very rapid paybacks. Some energy savings can have payback of a few months (less than a year). This small measure will bring quick wins, which will help create a momentum for energy saving projects. They will also help promote the reliability of energy savings that come with these projects (remove the myth that there is little or no savings).

Over time, larger projects with longer payback can be introduced, by promoting their larger savings for the company. For people inside the company, these steps are often required before they can start to push to getting large retrofit projects approved. For the consultant, knowing where the client is in the process is not only important; it will make or break the project.