Understanding that Energy-saving is Much More than Replacing Lights 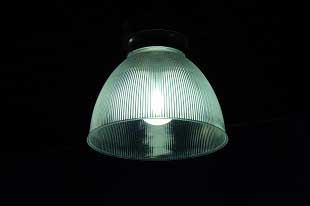 I asked him what other measures his company had done, and he informed me that in some cases they replaced windows and improved the insulation of a number of their older buildings. I then asked him again what other energy-saving measures they had done and then I got a long silence.

I tried to change the [somewhat awkward] situation by proposing that perhaps they could do chiller retrofits, install automation, install solar, and/or geothermal systems. It quickly became clear that the company had only completed lighting retrofits and then did not pursue any additional energy-saving projects.

This company is leaving many energy savings on the table, but it is not as many companies fail to realize their full energy-saving potential, and in the process, leave hundreds or thousands (often millions) of dollars each year on the table. Doing lighting replacement is a good start, one that often carries a decent payback. It is often one of the measures that are the easiest to estimate in terms of cost as well as the energy savings it will bring. In addition, because it is probably the most popular energy-saving measure, it tends to get more of the spotlight when engineers and consultants propose energy-saving measures. After all, who would not want to recommend a measure, which carries little risk, and has a proven payback, especially when it takes very little effort to put a lighting retrofit study together.

While these energy-saving measures are good, they only represent a fraction of the total potential a typical building will have in terms of energy savings. Imagine standing next to an apple tree full of apples and you pick as many apples as you can without moving your feet (staying in one place). You will probably pick the first apples very close to you and then later stretch a little bit your arms to reach some apples that are low and some that are higher up. However, without moving around the apple tree, it is impossible to capture more than a small percentage of the total amount of apples that are in the tree. Many of the apples that are located on the other side of the tree, at the bottom, middle, and/or top of the tree will not be reachable unless you walk over to the other side of the tree.

This is exactly what happens in the vast majority of companies that implement energy-saving measures or programs. They find one or a few energy-saving measures, which bring good payback and then replicate these measures across all other properties in the company. This is a good start but it should be considered only a start. Many other opportunities exist, and just like the apple tree illustration, some energy-saving measures will be easy to implement (low on the apple tree) while others will require more investment and calculations (middle of the tree). Others will be more complex (top of the tree). In the end, there will be many energy saving opportunities that you can implement and that carry good payback.

While lighting retrofits can be a good start to save energy, companies should remember that there are dozens of other energy-saving measures that probably apply to each of their buildings and together they can represent substantial savings much greater than those produced by the lighting retrofit can. If companies only do lighting retrofits, they are most probably leaving good money on the table.